The odyssey of writing a technical book

Writing a book is a desire that, consciously or unconsciously, many of us have. At the end of the day, it is proof that we have a certain knowledge on a subject that allows us to adopt that role of "teacher". I -who have spent 25 years dedicating myself to a greater or lesser extent to teaching- always had in mind the idea of writing one, although it was never more than an idea, because too many doubts came to mind: will there be any interested publisher? How long would it take? Do you get a fee per book sold?

All these doubts were suddenly resolved when, in October 2016, I received a call from the commercial director of the RA-MA publishing house, Julio Santoro. He explained to me that he had seen the courses that I had on a certain eLearning platform and he wanted to propose to me to take one of them to paper format. We arranged a meeting at the editorial offices, he told me the conditions and we signed the contract.

RA-MA had been one of the publishers that had accompanied my university studies (I still have many of those books on my shelves), and my image of this publisher was the best I could have, so, for me, that was one of the better things that could happen to me: I was going to write a book that was going to be published by RA-MA. 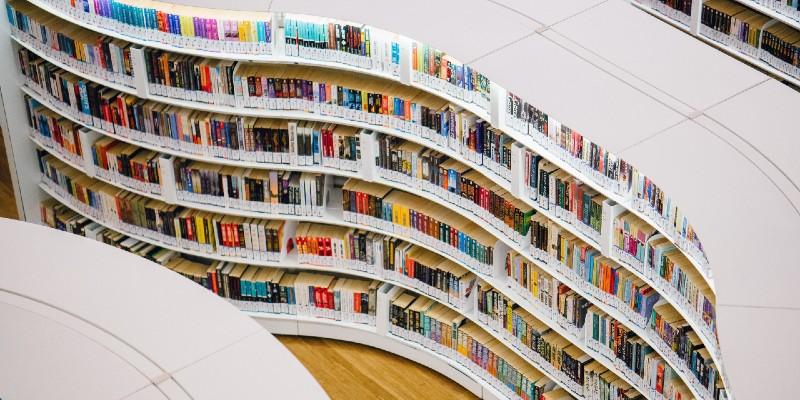 Since the base of the book already existed (I had written it to create the original course for that eLearning platform), I hoped that the task was not particularly demanding. However, between completing the text, correcting errors, designing graphics and countless readings looking for things to retouch, I was writing the book for about 4 weeks: practically a month full time. The book was published at the end of December of that 2016. I admit that, over the next few months, whenever I could, I sneaked into the bookstores I passed by to see if they had my book or not. Professional itching...

According to the contract, commission payments would be made from March to June. That period of 2017 arrived and no one from the publisher contacted me. I called the commercial director a couple of times during those months and on both occasions "he happened to be in Barcelona" and, for some reason that I do not know, "he could not return calls". He also did not respond to the two emails I sent him.

I tried to convince myself that the problem was that:

1) either not enough months had elapsed to justify the payment of the associated royalties, or
2) neither the Internet nor the telephone service had reached Barcelona, an option that was not quite convincing for me

It could not be anything else.

However, the following year, 2018, I also did not have any contact from the publisher. At the end of that spring I contacted the by the time executive director of RA-MA and I explained the problem to him. And, after countless comings and goings, in February 2019 the mystery was solved: there had been a simple “configuration problem in the system” (which seems to have included the impossibility of returning a call or an email from Barcelona). 341 books had been sold -in two years-, which meant royalties of € 442. I'm not going to lie to you: I expected a better result.

Surprisingly, in 2020 the same configuration error was reproduced in the system (or some similar error) because, once again, they did not contact me. Not even to pay the corresponding commissions, but at least to inform me if any book had been sold or not over the last year (a scenario that would have fit sportily).

In 2021, more than four and a half years after the beginning of this kind of nightmare -and another year without information from the publisher-, I have tried to contact again by email -without success- with the commercial director, Mr. Santoro, and with the publisher itself, also unanswered.

All this makes me reflect... On the one hand, in the lack of vision of certain companies -or, better, of certain company managers-. Regardless of whether a book is more or less successful, if the author is treated correctly and a healthy and transparent relationship is created between the two parties, the author may have an interest in writing new books. As I said at the beginning, writing a book is -at least as I see it- a way of communicating to the world the fact that you have certain knowledge about something, and the goal does not always have to be to make a profit. On the contrary, this experience makes me think that the plan was to call, I don't know, 1000 potential authors in the hope of convincing 200 and making cash quickly.

On the other hand, I find the piece of the cake that is destined for the author of the work curious. The contract contemplated the payment of 10% of the price of the book in sales in Spain and 5% in sales abroad. The truth is that it does not surprise me much that the sector is in the doldrums.

Finally, I find the degree of “professionalism” that exists in certain companies quite disappointing. I would even say more: if it weren't for the fact that it is happening to me, it would seem unjustifiable that this were true. How can a publisher that has signed a contract with an author not properly inform him of the royalties that correspond to him? How is it possible to consciously and repeatedly breach a contract and be able to sleep peacefully? I could not.

So what are the benefits of writing a technical book? Obviously not the economic one. € 442 for a month of work does not seem like an attractive enough remuneration (okay, I'm being ironic) Increased visibility? Of course. It is always a certain pride to be able to say that you have published a book. Personal satisfaction? I would say yes except for the fact that, simply put, I feel cheated.

And the big question: would I ever write another book? Without a doubt: no. So far it has caused me nothing but headaches, and I don't think this is worth going through again. Someone might think that I have had bad luck, that there are better organized companies than RA-MA and better professionals than those with whom I have had the bad luck to run into. May be. But my advice remains the same: if you want to earn money, visibility or get satisfaction from your creations, consider other options. Today there are many ways to monetize your knowledge and gain that visibility: face-to-face training, publication of free or paid courses on eLearning platforms, open publication of the material on your website or blog, publication of videos on platforms such as YouTube... Fortunately, technology offers us an incredible range of possibilities.

Because, in all honesty, 400 euros is not worth a bad night's sleep...